Get lower cost car hire at Rovaniemi Airport with local companies such as Hertz, Budget, Sixt and Europcar. You get all the usual benefits included, like mileage, roadside assistance and CDW

All, vehicles come with collision damage reduction insurance, breakdown assistance and all that needed.

Optional extra like Sat Nav, child or booster seats and extra drivers can also be booked. During the booking process, you have the option of taking out extra cover for any excess claim.

Amendments are free and you can cancel your booking for free, usually up to 48 hours before collection.

All the major hire companies are represented on the airport. When returning, please follow signs for rental returns, as you enter into the airport. If arrive early, a good meeting point is Hello Cafe located on both sides of security control, they offer a good selection of snacks, tea and coffee.

This place is often referred to the home of the midnight sun - due to the fact that it often gets 24 hours of sunlight. It is also home to some of the most impressive atmospheric activities known to man, such as the Aurora Borealis.

Rovaniemi is only 10 kilometres south of the Arctic Circle, making is a beautiful places to explore but also a rather dangerous one. You should always be well prepared before making the journey to this wonderful Finnish city in Finland's northernmost province of Lapland. 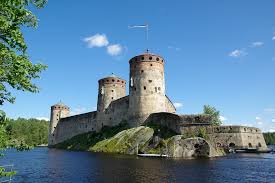 "Hire early, for Rovaniemi Airport, to ensure you get the vehicle you want, at the price you want to pay"


Historically, Rovaniemi dates back to well before the Stone Age but also has ties to the Germans when it was destroyed in 1944.

The home of Santa Claus is great for young and old alike and should certainly be visited year-round. Average temperatures in the winter though drop well below zero, so make sure you are fitted with the warmest clothes you have. You'll need it to see the awesome forests and wildlife available!

One of the most famous drives in the area is to drive from Rovaniemi to the capital city of Helsinki along Route 4 and stopping in cities like Jyvaskyla, which is a popular college city with a population of only 130,000. However, it is quite famous for nature preservation along the Tourujoki-river.

It also has an abundance of other nature paths sprawled out throughout the area. The drive itself from Helsinki to Rovaniemi is around 850 kilometers and takes around 9 to 12 hours, but that is also dependent on the weather. Snow can often lead to an abundance of different problems, so make sure to check out the weather warnings before making the journey!

Wide range of suppliers to choose from in Rovaniemi.

Save on saloons to minivans to hire in Rovaniemi.

Save rental rates for saloons & sedans.

Best to pre-book that 7 or 9 seater minibus.
Another famous drive is to visit the UNESCO World Heritage Sites and National Parks along the 900-kilometre drive along the Bothnian Coast Road.

The Bothnian Coast Road has long since been used since the Middle Ages to connect west coast cities on the river mouth to each other. Along the way, you'll be able to head off onto other famous Finnish drives like the infamous Northern Lights Route and the Archipelago Trail.

This airport has a unique distinction in that as you land on the runway, you will cross into the Arctic Circle as the line crosses the northern end of the runway. This thus makes it the the official airport, for that only seen once a year person, Santa Claus.

Passenger numbers are around 400,000 a year. If not renting, then the airport Express bus will connect you to downtown Rovaniemi. It also stops off at the following hotels; Scandic, City, Vaakun, Santa Clau and Pohjanhovi.